And launch a group coaching program that gives you MORE FREEDOM and INCREASES YOUR INCOME!

With the Profitable Groups framework, you will have my simple 5-step process that teaches you how to create a group health coaching program that actually grows your business and makes you money.

No more launch flops, program creation disasters, confusion around how to actually sell or fear that you will spend all this time creating a program that no one wants to buy!

You want to scale your income but there aren't any more hours in the day.

You are frustrated, overwhelmed and wondering, "Is this really the business I wanted?"

And you know launching a group program could solve these problems BUT you are scared to take the leap and you have NO IDEA where to start?

Or maybe you have tried running a group program before and experienced disappointing results.

You spent weeks or even months creating the perfect group program, only to launch and hear crickets (not one single sale)

Or maybe you made some sales but it was much less that what you had hoped for and when all was said and done, you barely made minimum wage.

I failed the first four times I launched a group program. Those were some of the darkest days of my business.

I felt deflated. I felt frustrated. It took me months to recover from that launch trauma.

But I didn't give up. I continued to test until I found a system that actually works!

Since those dark launch failures, I have successfully launched a group program 6 times, generating a combined total of over 400K in less than 2 years. 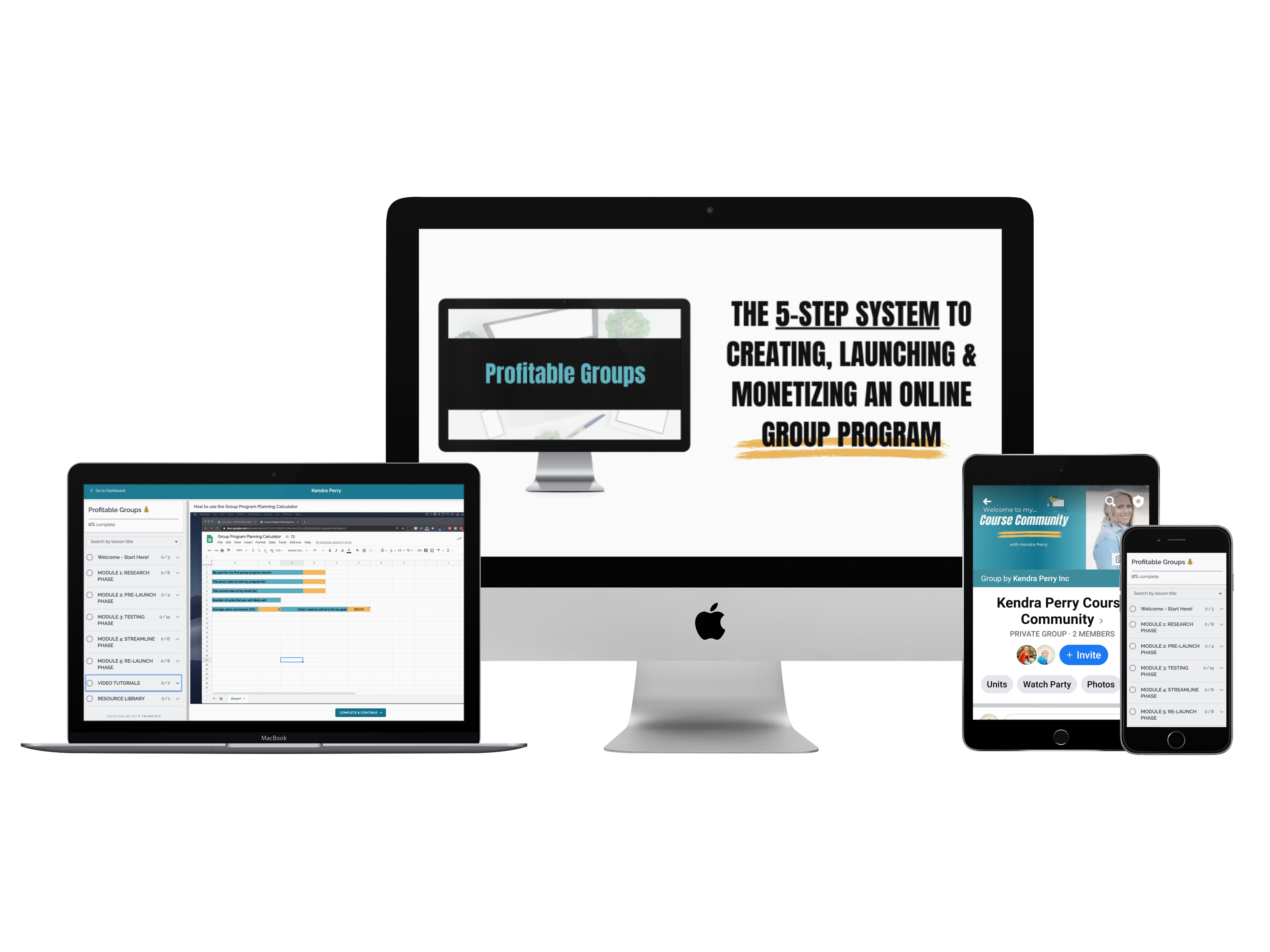 Unlike other courses that are created by people who have NEVER worked in the health & wellness industry, Profitable Groups is created by a former health coach who grew a multiple 6-figure health coaching businesses WITH group programs!

Profitable Groups is different because the framework not only helps you to brainstorm the perfect program topic but it also helps you validate your idea (before spending months creating it), develop a program structure, and plan a launch that actually enrolls members who are excited to work with you!

I'm the talented educator and marketing expert who helps you take your 1:1 services and turn it into a group program that sells!

After burning out HARD from private coaching, I knew that I needed to launch a group program BUT I had no idea where to start PLUS I couldn't find a mentor who understood the coaching industry.

Since then I have launched 5 successful group programs, generating a combined total of over $400,000 and counting. I have taken my exact step-by-step process of creating, testing and launching and created the Profitable Groups System.

REDUCE  or eliminate the number of private clients you take

GENERATE consistent income without working more or burning yourself out

ATTRACT your dream clients who you are excited to work with

INCREASE your disposable income and work towards financial freedom

GROW your business while reducing your workload

Then Profitable Groups is exactly what you want!